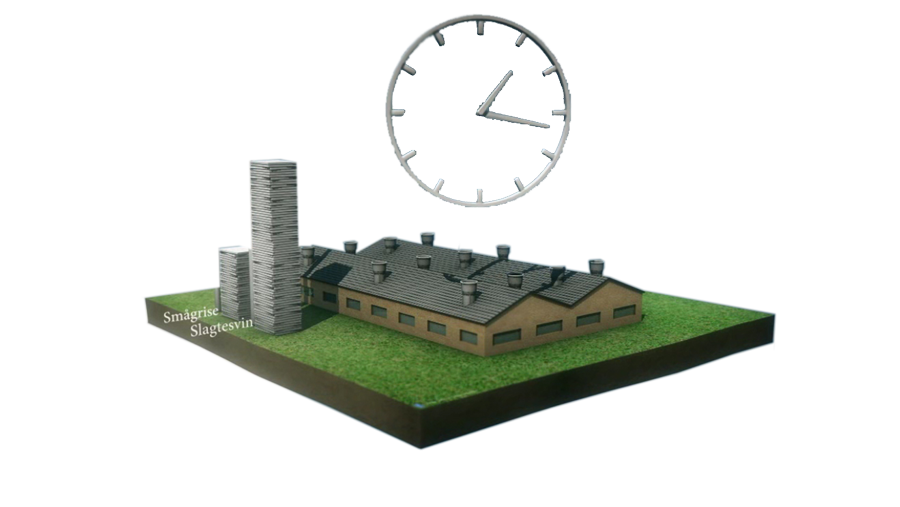 OINK: To create a better world, where more people know what can be improved of all those things which affect our lives.  It especially applies to the hidden, but big infrastructural systems, such as pumps, el net and container operations.

One of the industries which very few consider, that they are actually a part of, is the pig stables ventilation business.

If you eat pig meat, you depend on the fact that the pigs are well, made possible among other thing, by stables ventilation; a business, which is underdeveloped in the entire world, seeing that more people in the world will start to eat meat.

If our 12.000.000 Danish pigs should be ventilated, we are in need of large amounts of power, seeing that 30 % of the farmers power consumption is used on ventilation. The meat production of the entire world has enormous amounts of power and electric bills to save, if more intelligent solutions can be invented.

A Danish company, which is leading when it comes to stables ventilation, has found a new way of making stable ventilation, which can reduce energy consumption by 46 %.  This and other stories from the company SKOV A/S, social action has to communicate in a short film which shows the company’s products in Indonesia, Thailand, South Africa, and Belarus. Watch an earlier film that we have created for ELFORSK about SKOV’s low-energy ventilators here: