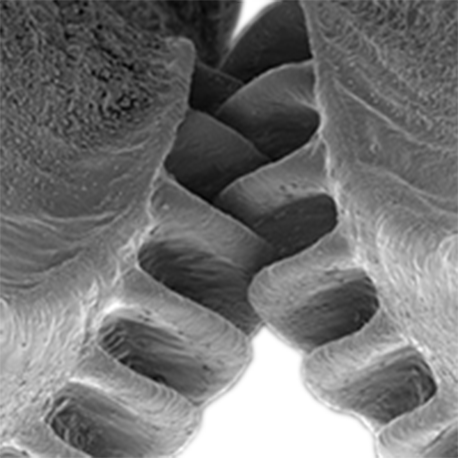 Functional ‘mechanical gears’ seen in nature for the first time

Mechanical gearing is often seen as one of the pinnacles of the industrialization; a representation of the capability of human invention. But if you think man was the first to invent mechanical gearing, think again.

Scientists say that the Issive is the “first observation of mechanical gearing in a biological structure.” The Issive is a plant-hopping insect commonly found in gardens across Europe. In the juvenile stage, its hind leg joints have curved cog-like strips of opposing teeth which intermesh when it jumps.

To a large extent, the engineering resembles the likes of the mechanical gearing found on every bicycle or a gear box. This secures that the legs of the Issive will always move within 30 ‘microseconds’ of each other, thus reacting faster than the nervous system ever could be capable of.

Sometimes it is just nice to be reaffirmed that Mother Nature is the ultimate inventor.