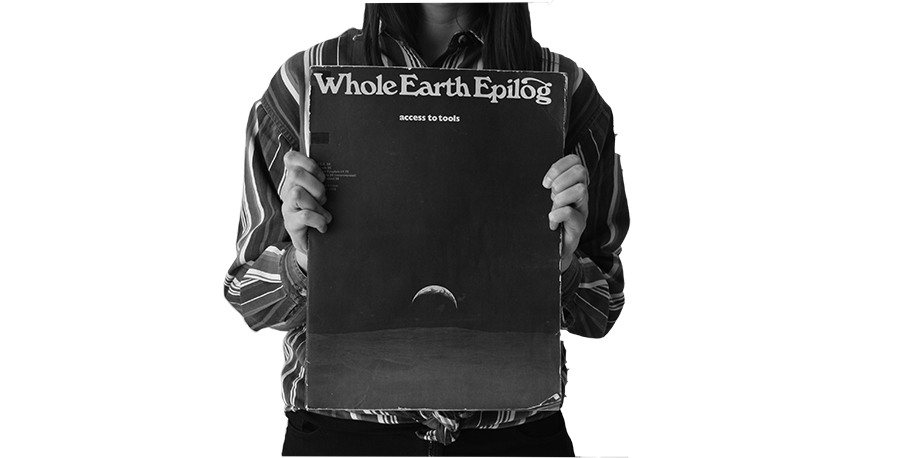 The first issue of The Whole Earth Catalog surfaced in the fall of 1968.

WEC was founded by Stewart Brand, who was associated with Ken Kesey’s Merry Pranksters, so you know what you’re getting catered to the counterculture of the time. In 1971, thinking the Whole Earth Catalog legacy was coming to an end, Brand issued The Last Whole Earth Catalog. Since I bought the Fall, 1969 issue of the WEC first, I was in utter shock just how thick the LWEC is, with over 400 pages!

I was born in 1972, so there was no way I could experience the late ’60s/early ’70s personally myself, but nothing stopped me from digging information from that era, be it books, movies, television, music, etc. which I did. Here in the Last Whole Earth Catalog you could find just about everything under the sun, from living out in the country, books on fringe literature, architecture, different magazines, underground publications, how to survive in the wilderness, etc. Tools, camping gear, woodstoves, water pumps, boots, how to fix cars, purchase used school buses and trucks, how to fix a Volkswagen, and on and on. I also like the fact The Last Whole Earth Catalog realized not everyone associated with the hippie/counterculture movement were vegetarians or vegans, so they even sold books on how to raise livestock and how to store meat and so much more. They even touched upon communal living, including the real Drop City which was in Colorado. They even sold Foxfire before it was ever a series of books, but a Georgia high school student project publication, which chronicled old-time Southern and Appalachian living. Technology was even touched upon, and in an era where synthesizers were still associated with something like W. Carlos’ Switched-On Bach, you get to see in there pictures of several synthesizers of the time, including a big modular Moog (like what Keith Emerson used), an ARP 2500 (like what Pete Townshend used, and was seen on Spielberg’s Close Encounters of the Third Kind), a VCS-3 (like used on Pink Floyd’s Dark Side of the Moon, as well as artists like Jean Michel Jarre, Klaus Schulze, and Tangerine Dream) and a Buchla. There’s even an interview with Wendy Carlos (then known as Walter Carlos), and her opinion on electronics and of the album she’s best known for: Switched-On Bach. The Last Whole Earth Catalog was never afraid to touch upon controversial subject matters, and there are the occasional pages with disturbing photos.

Certainly a lot of the books the catalog offered had long been out of print (and some surprisingly still in print you can get here on Amazon), but of course, you can still get a lot of these out of print items used online.

By Benjamin Miller. From Amazon.