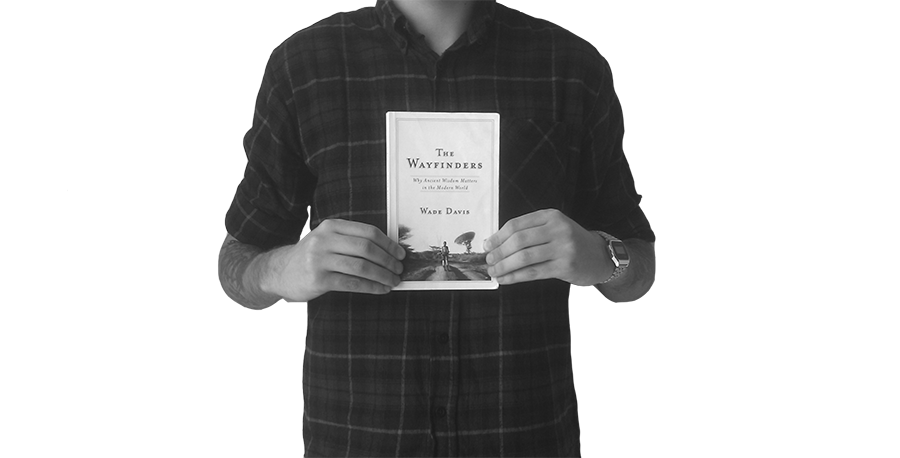 Wade Davis is right, what matters most is power, landscape and imagination. We either demean the primitive, romanticize the indigenous, or abide in a state of unbelievable ignorance of the meaning of the different ways humans have lived in this world. In his Massey Lectures, which make up this book, Davis has brought together his vast experiences of other peoples with the sheer poetry of his masterful writing to point out how much we have to learn from those whose unique understanding of the world is embedded in their means of surviving in vastly differing landscapes. It is not that people whose text-messaging-adept hands twitch while nervously fondling their cell phones are bad. But it may be that they can learn something about what it means to be human from peoples like the Australian Aborigines who lived for millennia in what we regard as a wasteland guided by Dream Time something we might only imagine in the best computer animation which does not fill one’s belly except from employment in post-industrial society. And Aborigines in turn, on pain of extinction, have had to concede to our world but have miraculously managed to preserve some of their heritage, as have the indigenous of the Amazon, the Sahara, North America, and Tibet all of whom Davis tells us about.

This is a very important book. Its author brings us face to face with what we are losing when we passively accept the forcing of the whole world into the mold of our lives. It is not merely some romantic past that is represented by native resistance. As Davis mentions, the last speaker of a language must bear the tragedy of the vanishing of a whole way life with its unique relationship to landscape and community. Reading Davis, I would choose some of the human connection he describes and most certainly the intimacy with landscape that others had—an intimacy that led to adaptations fully as clever and sophisticated as any Western Civilization developed. Pull the plug on electricity and I and everything around me goes down the tubes.

The lecture that most captivated me was the one on Polynesian navigation. The book is more than worth it for this one chapter. Navigators, including women, using the most subtle indicators of stars, and seas, weather and animal life guide a raft through what to Europeans was a trackless ocean. If this is not among the most remarkable uses of the human mind I don’t know what else is. It is not done with books or GPS or rational thinking as we know it. It is a keystone of cultures which have their own integrity. And Polynesians are matched by Eskimos, Andeans, desert wayfinders and many others. To lose these ways of knowing and living is to lose aspects of our humanity honed over tens of thousands of years. Wade Davis reminds us how terrible this loss is. And he is a Canadian and the Massey Lectures are the most prestigious in Canada. In the States we tend to miss the contributions of our northern neighbor. Wake up and look north! This book has much to teach us.